Don't Tread on Me - The Origins


Don't Tread on Me


When it comes to symbolizing freedom and the spirit of '76, the meaning of Old Glory can get mixed up with the rights and wrongs of the perpetually new-and-improved government. The meaning of "Don't Tread on Me" is unmistakable.
There's also an interesting history behind this flag. And it's intertwined with one of American history's most interesting personalities, Ben Franklin.

American unity
Benjamin Franklin is famous for his sense of humor. In 1751, he wrote a satirical commentary in his Pennsylvania Gazette suggesting that as a way to thank the Brits for their policy of sending convicted felons to America, American colonists should send rattlesnakes to England. Three years later, in 1754, he used a snake to illustrate another point. This time not so humorous. Franklin sketched, carved, and published the first known political cartoon in an American newspaper. It was the image of a snake cut into eight sections. The sections represented the individual colonies and the curves of the snake suggested the coastline. New England was combined into one section as the head of the snake. South Carolina was at the tail. Beneath the snake were the ominous words "Join, or Die."
This had nothing to do with independence from Britain. It was a plea for unity in defending the colonies during the French and Indian War. It played off a common superstition of the time: a snake that had been cut into pieces could come back to life if you joined the sections together before sunset. The snake illustration was reprinted throughout the colonies. Dozens of newspapers from Massachusetts to South Carolina ran Franklin's sketch or some variation of it. For example, the Boston Gazette recreated the snake with the words "Unite and Conquer" coming from its mouth. I suppose the newspaper editors were hungry for graphic material, this being America's first political cartoon. Whatever the reason, Franklin's snake wiggled its way into American culture as an early symbol of a shared national identity.


The snake symbol came in handy ten years later, when Americans were again uniting against a common enemy. In 1765 the common enemy was the Stamp Act. The British decided that they needed more control over the colonies, and more importantly, they needed more money from the colonies. The Crown was loaded with debt from the French and Indian War. Why shouldn't the Americans -- "children planted by our care, nourished by our indulgence," as Charles Townshend of the House of Commons put it -- pay off England's debt? Colonel Isaac Barre, who had fought in the French and Indian War, responded that the colonies hadn't been planted by the care of the British government, they'd been established by people fleeing it. And the British government hadn't nourished the colonies, they'd flourished despite what the British government did and didn't do. In this speech, Barre referred to the colonists as "sons of liberty." In the following months and years, as we know, the Sons of Liberty became increasingly resentful of English interference. And as the tides of American public opinion moved closer and closer to rebellion, Franklin's disjointed snake continued to be used as symbol of American unity, and American independence. For example, in 1774 Paul Revere added it to the masthead of The Massachusetts Spy and showed the snake fighting a British dragon.

The birth of the U.S. Navy and the U.S. Marine Corps


By 1775, the snake symbol wasn't just being printed in newspapers. It was appearing all over the colonies ... on uniform buttons ... on paper money ... and of course, on banners and flags. The snake symbol morphed quite a bit during its rapid, widespread adoption. It wasn't cut up into pieces anymore. And it was usually shown as an American timber rattlesnake, not a generic serpent. We don't know for certain where, when, or by whom the familiar coiled rattlesnake was first used with the warning "Don't Tread on Me." We do know when it first entered the history books. In the fall of 1775, the British were occupying Boston and the young Continental Army was holed up in Cambridge, woefully short on arms and ammunition. At the Battle of Bunker Hill, Washington's troops had been so low on gunpowder that they were ordered "not to fire until you see the whites of their eyes." In October, a merchant ship called The Black Prince returned to Philadelphia from a voyage to England. On board were private letters to the Second Continental Congress that informed them that the British government was sending two ships to America loaded with arms and gunpowder for the British troops. Congress decided that General Washington needed those arms more than General Howe. A plan was hatched to capture the British cargo ships. They authorized the creation of a Continental Navy, starting with four ships. The frigate that carried the information from England, the Black Prince, was one of the four. It was purchased, converted to a man-of-war, and renamed the Alfred. To accompany the Navy on their first mission, Congress also authorized the mustering of five companies of Marines. The Alfred and its sailors and marines went on to achieve some of the most notable victories of the American Revolution. But that's not the story we're interested in here. What's particularly interesting for us is that some of the Marines that enlisted that month in Philadelphia were carrying drums painted yellow, emblazoned with a fierce rattlesnake, coiled and ready to strike, with thirteen rattles, and sporting the motto "Don't Tread on Me."


In December 1775, "An American Guesser" anonymously wrote to the Pennsylvania Journal:


"I observed on one of the drums belonging to the marines now raising, there was painted a Rattle-Snake, with this modest motto under it, 'Don't tread on me.' As I know it is the custom to have some device on the arms of every country, I supposed this may have been intended for the arms of America."

This anonymous writer, having "nothing to do with public affairs" and "in order to divert an idle hour," speculated on why a snake might be chosen as a symbol for America. First, it occurred to him that "the Rattle-Snake is found in no other quarter of the world besides America." The rattlesnake also has sharp eyes, and "may therefore be esteemed an emblem of vigilance." Furthermore,


"She never begins an attack, nor, when once engaged, ever surrenders: She is therefore an emblem of magnanimity and true courage. ... she never wounds 'till she has generously given notice, even to her enemy, and cautioned him against the danger of treading on her."


"I confess I was wholly at a loss what to make of the rattles, 'till I went back and counted them and found them just thirteen, exactly the number of the Colonies united in America; and I recollected too that this was the only part of the Snake which increased in numbers. ...

"'Tis curious and amazing to observe how distinct and independent of each other the rattles of this animal are, and yet how firmly they are united together, so as never to be separated but by breaking them to pieces. One of those rattles singly, is incapable of producing sound, but the ringing of thirteen together, is sufficient to alarm the boldest man living."

Many scholars now agree that this "American Guesser" was Benjamin Franklin. Franklin, of course, is also known for opposing the use of an eagle -- "a bird of bad moral character" -- as a national symbol. 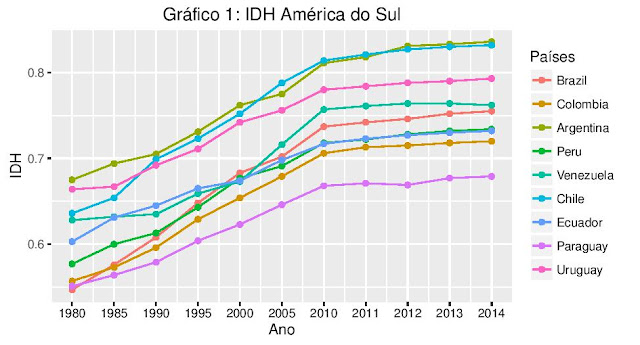 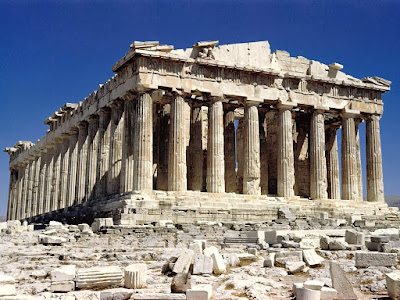